Mother of a four year old boy sought help during the national COVID lockdown. The young patient had a history of severe asthmatic cough that would restrict his breathing. He had visited the A&E three times in three months since the start of the winter due to asthmatic attacks. He also has digestive issue and often complains about sensation of burning eyes.

Patient received a total number of three weekly sessions of acupuncture and took Chinese herbal medicine for two weeks. Dietary advice was given to the mother to follow after a review on his food diary. After the first session, patient stopped complaining about stomach pain after food and started having good regular bowel movements. There was also no more reports of burning eyes sensation. Patient had not reported any further asthmatic attack or breathing difficulty since. Paediatric massage advice was given to the mother to administer at home to help maintain treatment effect. 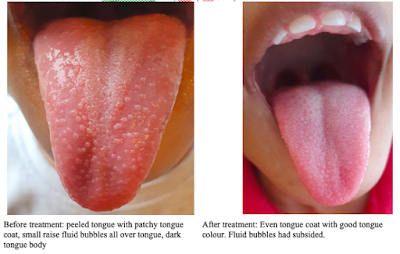 Posted by Ivy at 22 March